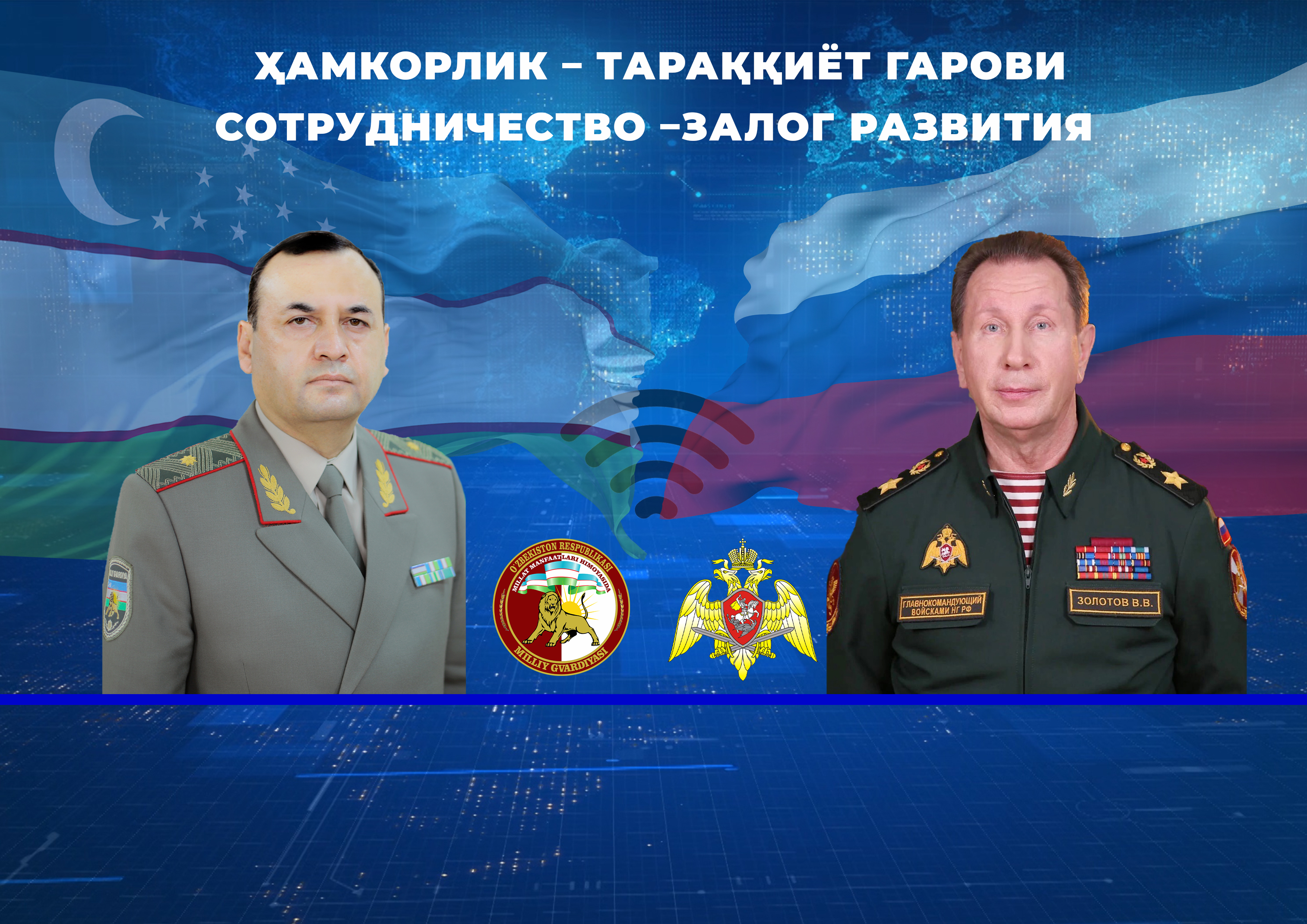 As part of the established cooperation with the aim of discussing promising areas of practical interaction, on June 25 of this year, a videoconference was held between the Commander of the National Guard of the Republic of Uzbekistan Major General R. Djuraev and Director of the Federal Service of the National Guard troops of the Russian Federation, General of the Army V. Zolotov.

During the conversation, the heads of agencies discussed the development and strengthening of bilateral cooperation in the field of public security, guard activities, training of military personnel, as well as canine service. In addition, the issue of developing cooperation in the field of information and communication technologies was considered.

Moreover, earlier, together with colleagues from the Rosgvardia, the issue of replenishing the exposition of the Museum of the National Guard of the Republic of Uzbekistan with historical materials from the period of World War II was worked out.

During the conversation, the Director of the Federal Service of the National Guard troops of the Russian Federation, General of the Army
V. Zolotov, informed that on June 22, the day of the eightieth anniversary of the outbreak of World War II, the Russian side donated photos, videos, historical information and military essays from the fund of the Central Museum of the Russian Guard for the National Guard Museum dedicated to the activities of units and formations of the troops of the NKVD of the Former USSR, formed on the territory of the Uzbek SSR in the period 1941-1945.

In the interests of further development of bilateral cooperation, following the results of videoconferencing, an agreement was reached to implement in the near future a number of joint anti-terrorist exercises, study visits of delegations of the parties to exchange experience, as well as the participation of military personnel of the two agencies in cultural and sports events organized by one of the parties.