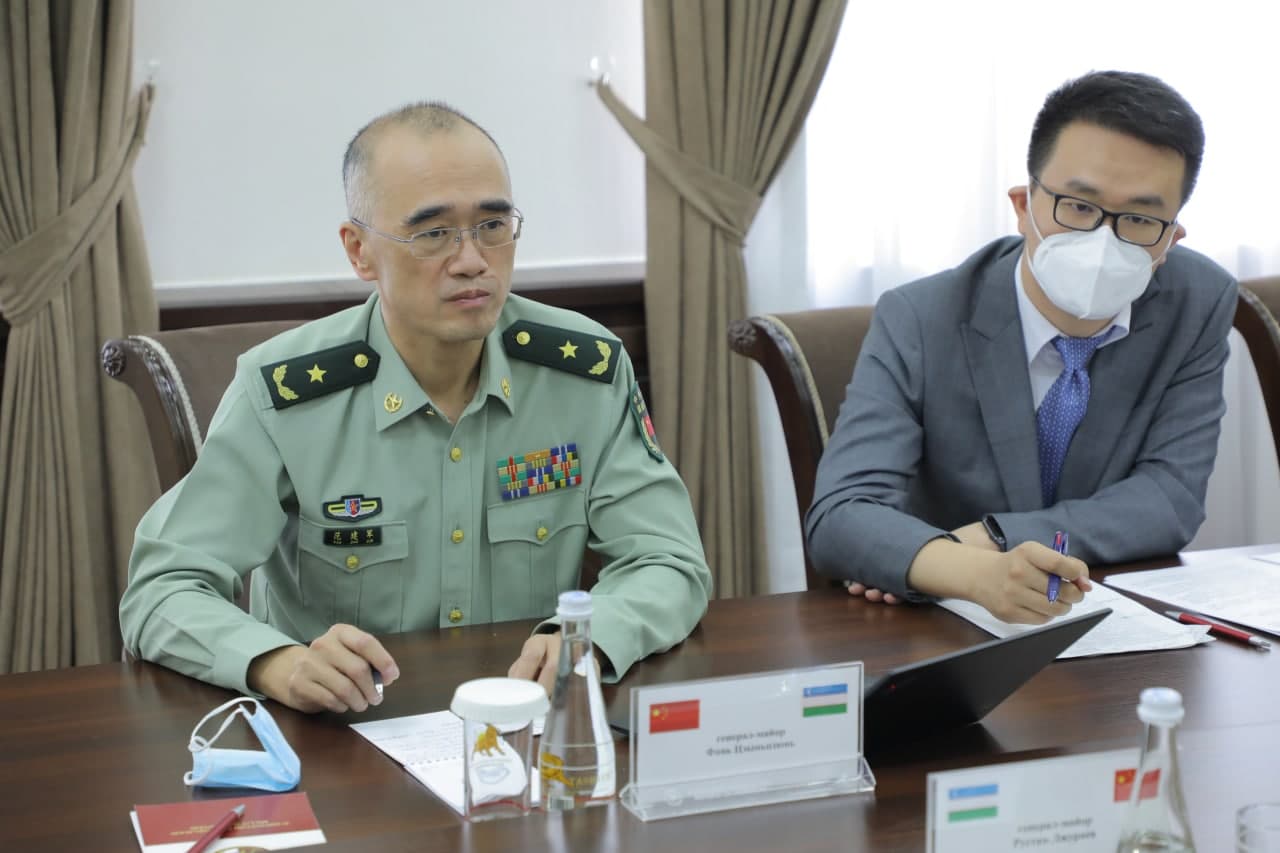 On August 17 of this year, the Commander of the National Guard of the Republic of Uzbekistan, Major General R. Djuraev, met with the head of the department for cooperation on armaments, military equipment and technologies of the Main Directorate for the development
of arms, military equipment and technologies of the Central Military Council of the People's Republic of China, Major General Fan Jianjun,
who is in Uzbekistan on an official visit.

In the course of the conversation, the parties noted that cooperation between the two countries covers a wide range of interaction, is friendly and mutually beneficial.

Also, the current state and prospects for the development of bilateral cooperation in the military and military-technical sphere between the National Guard of the Republic of Uzbekistan and the Chinese People's Armed Police Force were discussed.

As a result of the negotiations, an agreement was reached to implement a number of joint practical measures, including trainings on the exchange of experience, joint exercises, etc.

The meeting took place in an atmosphere of friendship and mutual understanding.